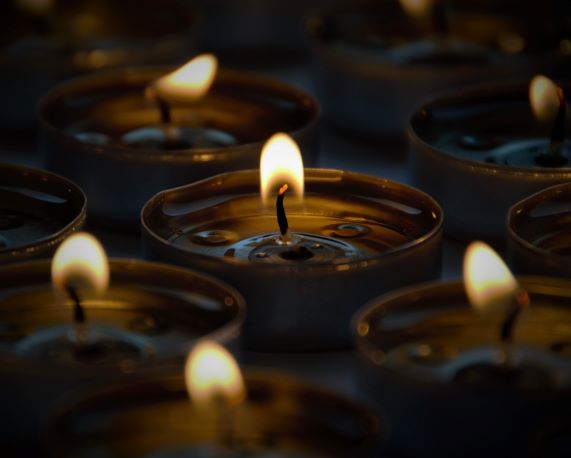 I was talking to a client of mine this morning about what I have always felt is the ultimate control used by an abusive partner or ex-partner.

I have experienced this with women I have been working closely with two or three times and each time, at the inquest the coroner felt that the person had arranged and staged the suicide attempt, thinking they would be found in time but on each occasion, something had delayed the person that was supposed to find and save them.

Of course, it is a common tactic of an abusive person to threaten to take their own lives. “I will kill myself, if you don’t come back to me”. Almost every person I have worked with has told me this has been said to them by their abusive partner/ex-partner. Most, do not do anymore than threaten it. That is usually enough to persuade the victim/survivor to return to the relationship. But there are a few who take it to the absolute extreme. Not because, in my view they have any intention of actually going through with it. But because they have threatened it and not done it, they now have to up the stakes. Just as a physically abusive person may become more physically abusive when they feel they are losing control over the person they are abusive too. And too, the coercively controlling person will become more coercively controlling to retain control. So some abusive people will try the threatening suicide tactic, otherwise known to those of us who are familiar with The Freedom Programme as The Persuader!

I think it is safe to say that we know that people who really do want to kill themselves as a result of trauma or bereavement, mental health issue, do it without telling anyone. They don’t want to risk being found and saved because for whatever the reason, they don’t want to be here anymore. This is often not the case when it happens within the context of an abusive relationship. They use these threats to gain control over the other person. Remember, many people experiencing abuse do not want the relationship to end, they want the abuse to end. They love their partner. What could be more distressing than them committing suicide and blaming YOU!?

I would like to share two instances which I was involved with – both, over twenty years ago, and of course, I have anonymised these and made slight changes to protect the women’s identity.

Many years ago I worked closely with a woman who had fled a violent relationship. Her husband had threatened suicide many times. But she was determined to not return or to listen to these threats and manipulation. Then, one day came the call. He had gassed himself in his car. I will never forget the impact on that woman and her children. At the inquest it was discovered that he had called his adult daughter from another relationship to come and see him at a certain time and she had said she would. but she was delayed and by the time she got to her father’s, he was dead. The coroner, taking everything into account felt that the intention by the person was that his daughter would find him in time and he would live and that it would ultimately bring his wife and children back home. A verdict of death by misadventure was recorded. I held my client as she slid down the wall, inconsolable, hated by his family and consumed with guilt. She had a nervous breakdown and her children were removed. It was the saddest thing I had ever experienced up to that point in my career in the domestic abuse field.

Also, many years ago, I worked with another young woman with two small children. She had fled a very physically abusive relationship with the father of her children. Eventually, she was rehoused in a different area and as her case worker, I helped her move to the new house, carrying furniture and belongings to and from the safe place she had been living. Except, it wasn’t safe! Unbeknown to myself and the woman, her ex-partner was following us. We would do the same routine every time we went. Drop the children at school and then go to the new house, always getting there for around 9.30am. The final visit to the house, she did by herself and kept the children off school as this was moving day. But she stopped at the supermarket to get food and other essentials and popped to see a friend on the way. She arrived at around 10.30am. She opened the door and there was her abusive ex-partner, hanging from the staircase. She had the children with her. He was of course, dead. On the living room floor he had placed rose petals in a heart shape with stones positioned to spell out their names. At the inquest it was discovered that approximate time of death was between 8.30am and 9.30am. Again, death by misadventure was recorded. It is not difficult to see that his likely intention was that she would enter the house as always at 9.30am and cut him down and he would have lived. The guilt she felt would have persuaded her to take him back. That young woman never got to move into that house. She was vilified and threatened by his family to such an extent that she had to come straight back into the safe accommodation again. She didn’t lose her children. But I have no doubt that the trauma they experienced has stayed with them wherever they are and of course, they are both adults now.

I don’t want to frighten anyone reading this. I have worked in this sector for nearly 25 years and have worked with thousands of women and have only known this to happen to two or three of them. It is rare, when it does happen and usually it has happened because someone, or something has delayed them being found. What is going on in the minds of the very few abusive people that do this? That meticulously plan their suicide threats. People that take such dangerous risks all to get the control they want and need in that relationship.

That is why I think it is the ultimate control because for the victim/survivor left behind, there is no escape.